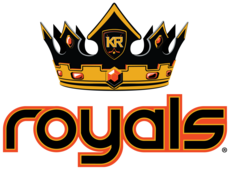 The 10th annual Eric Gutknecht Memorial Atom Hockey Tournament included all sorts of fun and surprises from November 15-17 at the North Grenville Municipal Centre. In between games the kids were able to play hockey with mini sticks during down time in the lobby.

There were all sorts of prizes including player of the game awards, raffle tables, 50-50 draws and some of the most competitive hockey that has been played at this level! Five of six final games were determined by one goal including three overtime games and one decided by penalty shots.

A tremendous amount of praise must be given to all organizes, volunteers, parents, fans, and the players themselves for making this one of the most fun filled week-ends of the year!

The KDMHA and the Eric Gutknecht Memorial Hockey Tournament has been changed from Novice to Atom as changes were made in youth hockey in Ontario.

They involve youngsters at the novice level, who will play half their season in a half-ice format. The initiative is meant to help improve the skill level of those involved.

The novice level hockey players played on a full ice rink in a typical game of hockey, but now they will start the season using half the ice. As they move up in the sport, with more experience, they will convert back to a full ice surface.