Thank you Emily Hyndman and the grad car rally 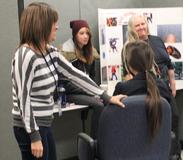 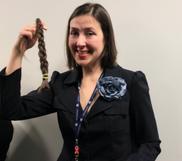 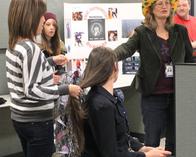 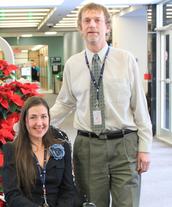 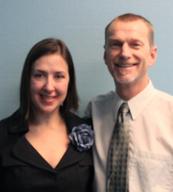 We would like to thank Erin Driscoll and Keith Glass (guitarist for Prairie Oyster)for performing at the North Grenville Complex Theater here in Kemptville.  Erin and Keith put on a great concert which also saw members of Prairie Oyster joining Keith on stage for part of the concert.  We would  also like to thank Terry Brewer (a member of our executive) for organizing all aspects of this concert.  Thanks also to Anita Maloney of Royal Lepage for sponsoring the cost of the venue, Cedar Lane Studio for supplying the concert posters,  Staples for producing the concert tickets for no charge, Class Axe Guitars, Terry's Automotive, The Branch Organic Restaurant for selling the tickets at their place of business. Thanks to the Kinsmen who sold refreshments before and after the concert. Thanks to Keiths' friends for also performing.  Thanks to all who purchased tickets and enjoyed an evening of nice music.

for supporting the concert 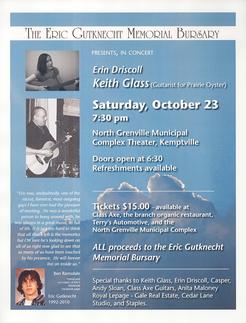 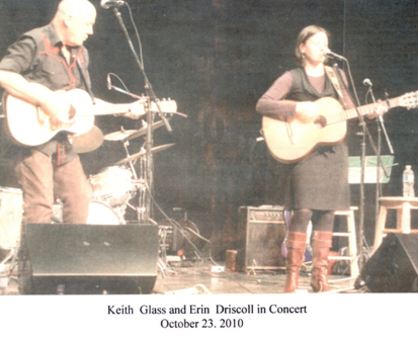 We would like to thank everyone for your support for all the past events and, the current and future events as well!

Thanks to the 2010 grad's car rally for donating funds raised during the car rally to the bursary.  It really means a lot to us, in part because Eric participated in this rally and had such a lot of fun doing so. 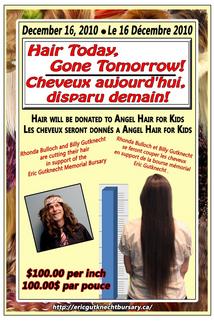 THANKS TO THE OTTAWA 67'S 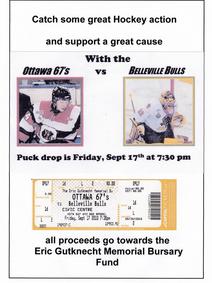 Thanks to Rhonda for cutting off her hair to raise money for our bursary fund. She also donated her hair to an organization that then makes wigs for people who are battling cancer.  Well done Rhonda!

Thanks to Billy Gutknecht who also raised funds for the bursary by shaving off his hair.

Two other people cut their hair for wigs and also raised money for cancer.

Thank you for supporting our first Ottawa 67's hockey game.  Because of your support our first event was sold out.